Father ZÃ© Ãlvaro, who will return to Cape Verde on Friday, July 31 after having completed an 8-year mission in Boston, Massachusetts (in the United States), said in an interview with website visaonews that the next bishop of the Diocese of Mindelo should be Cape Verdean. “Cape verde has enough ecclesiastical maturity not to move backwards,” affirmed the priest. 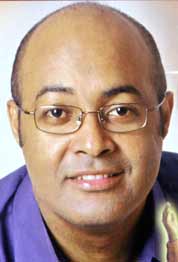 Father ZÃ© Ãlvaro made his remarks after the Vatican accepted the resignation of Santiago Bishop Paulino Ãvora, who had reached retirement age.

Although he was placed in Boston, Father ZÃ© Ãlvaro also collaborated with the Cape Verdean Catholic communities of Norwich, Connecticut, Brockton and New Bedford, Massachusetts, and Pawtucket, Rhode Island. In addition to his activities as a priest, ZÃ© Ãlvaro is involved in music, and sought to strenghthen relations with other religions, particularly Judaism.

The priest affirms he is not yet aware of what mission he will now be given in Cape Verde, which will be defined when he meets with the new Bishop of the Diocese of Santiago, Arlindo Furtado.

Since late 2000, ZÃ© Ãlvaro has been placed in the United States due to health problems. During his eight years serving the Catholic community there, he was impressed by the local Cape Verdean community’s hard-working mentality. “I saw people who managed to lift themselves out of poverty, but others who also face problems of family reunification while they are searching for new opportunities,” he added.

Father ZÃ© Ãlvaro says that in the United States he saw that “there are people who want to conserve their cultural, traditional and religious values, perhaps more than when they were in Cape Verde.”